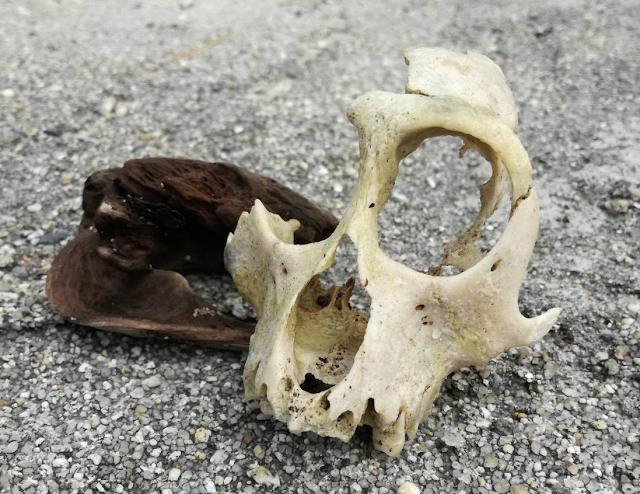 Anyone involved in animal research knows the three R’s – Replacement, Reduction, and Refinement. Russell and Burch introduced these groundbreaking principles more than sixty years ago; now it is time for a reassessment with the aim of improving the ways in which we conduct animal research. The opening chapter lays out the basic premise and perspectives of the book, with brief previews of the chapters.

The three R’s as defined by Russell and Burch have come to occupy a central position in animal research. A careful examination of the original definitions and aims shows these to be a product of their time, no longer in line with contemporary perspectives. A particular point of interest is the reliance on the concept of ‘humanity.’ This is contrasted with more recent ideas about ‘speciesism’ and the moral status of nonhuman animals. As a case study, I focus on the use of nonhuman primates in basic neuroscience research; the historical analysis illustrates how the changing context implies a changing perspective on the ethical validity of research. Yet, the three R’s fail as guidelines to translate the changes in context to commensurate changes in conduct.

Viewed at the microscopic level of each individual lab, it may appear that researchers work in accordance with the three R’s, choosing the appropriate animal model, aiming to get the smallest sample size needed for any experiment, and continuing to improve the techniques and knowledge extraction. However, turning to the macroscopic level of the entire field, we find mismatches between the individual intentions and overall outcomes. The chapter offers an analysis inspired by the groundbreaking work of Schelling on emergent patterns of macro-behavior as a function of micro-motives. The challenge will be to shift from agency at the microscopic level to agency at the macroscopic level. Such a shift would enable researchers to address, among other things, the key scientific problem of sample size.

The use of monkeys in research represents a particular area of controversy. The chapter offers a critique of arguments typically offered in public debate. I note the weaknesses of retrospective thinking, the erroneous appeal to necessity, and the unfounded bias against working with human volunteers and rodents. The issues are illustrated via three scientific paradigms for which there exist valid alternatives: the development of a neural control system for a robotic arm; the study of perceptual decision-making; and the study of the cognitive mechanisms underlying cocaine addiction and relapse. The three paradigms allow us to reflect on the opportunity cost neglect by individual researchers. Compromised by a conflict of interest, some researchers put forth misguided claims insisting on the irreplaceability of their preferred animal model.

Here I construct an integrative view with clear and realistic proposals for the policymaking with respect to the use of animals in research. Replacement comes first, as an inherently ethical principle. Where Replacement is not possible, the use of animals should be carefully managed on the basis of collective decision-making, at the level of research communities and funding agencies, not at the level of individual researchers. This proposal addresses opportunity costs via a macroscopic approach to managing research. Collective decision-making enables communities to ensure that we invest our time, money, and effort in the most optimal way. Detailed suggestions are made on how to organize the macroscopic approach, compatible with the extant research communities and thinking with the concepts of open science and big science. 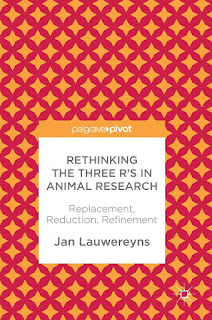 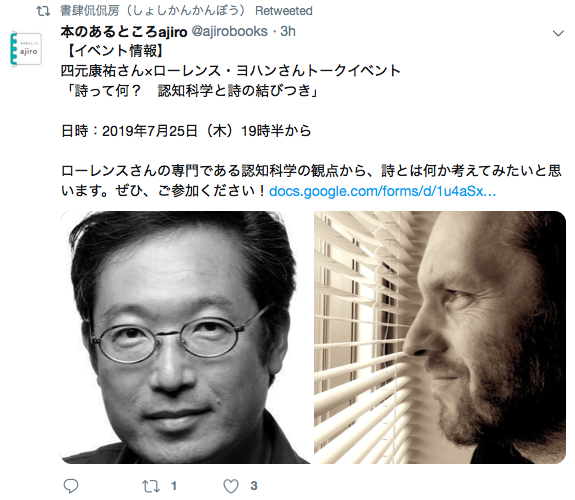 On 25 July (Thursday) Yasuhiro Yotsumoto and I will be reading, and discussing poetics and cognitive science, at a book lovers' bookstore in Tenjin, Fukuoka. More information about the event, and signup, here (in Japanese, but the readings will be bilingual).

More information about the venue here. 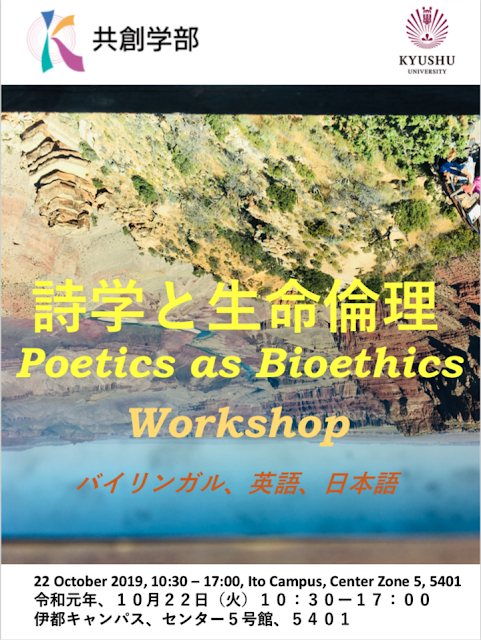